Ancient Rome, Agrippina Landing with the Ashes of Germanicus 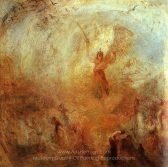 Angel Standing in a Storm

Death on a Pale Horse

Fishing Upon the Blythe-Sand, Tide Setting In

Folkestone Harbour and Coast to Dover 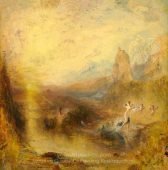 Going to the Ball (San Martino)

Heidelberg with a Rainbow

Italian Landscape with Bridge and Tower

Keelmen Heaving in Coals by Night 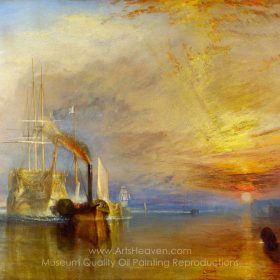 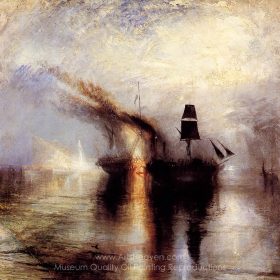 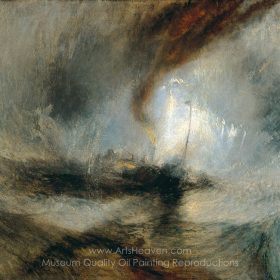 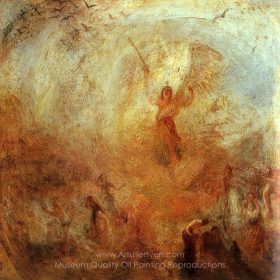 Angel Standing in a Storm 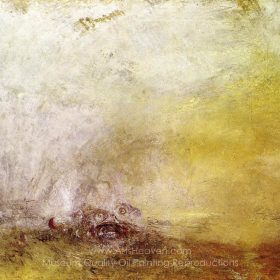 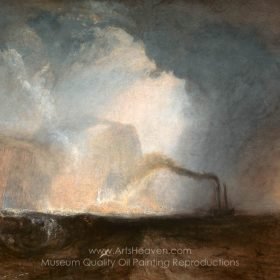 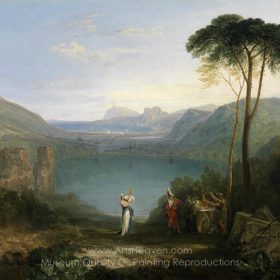 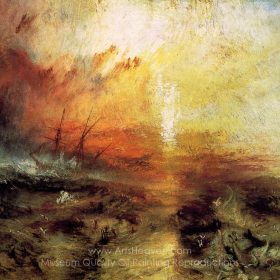 Born in London during the month of April 1775, Joseph Mallord William Turner is considered by many as one of the foremost English artists of all time. Turner produced a significant number of works over his lifetime adding up to over 550 oil paintings, 2,000 superbly detailed watercolors, and around 30,000 sketches and drawings on paper.

Joseph Mallord William Turner showed natural talent at a young age. Entirely self-taught, he showed prowess in creating sketches of towns and landscapes, which would influence his life's work. He received much support from his father who exhibited his architectural drawings at his workshop, selling them for a few shillings each. Meanwhile, his mother suffered from a mental illness forcing his parents to routinely send him to stay with relatives. These travels provided Turner the opportunity to gain worldly experience.

In 1789, Turner began his formal training at the famous Royal Academy Schools. His progression at the academy was noteworthy, most notably the rare honor that was bestowed on him at the young age of 15. He had one of his paintings (A View of the Archbishop's Palace) displayed at the academy's annual exhibit. He became a full member of the Royal Academy by the age of twenty-six, and just five short years later was elected Professor of Perspective. He remained active in the Royal Academy throughout his life, serving various functions, culminating with his tenure as acting president in 1845.

Turner's artistic style evolved as he grew older. His early paintings were of romantic subjects, emphasizing natural colors and light. His works consisted mainly of landscapes and architecture, which he believed could convey a full range of artistic meaning. In the 1800s, he began to shift his focus away from details and more on color and luminosity. This new style became the signature trait of his work and distinguished his place in the lore of England's great painters. In his later years, he began to focus on the subject of modern technology such as ships and railroads, which became some of his most famous productions.

Joseph Mallord William Turner's paintings were last exhibited in 1850, less than a year before he finally passed at the age of 76. The devotion he showed toward his craft is unparalleled to any other artist of his time. Turner donated the small fortune he amassed over the years and his collection of paintings to his true love, the country of England. Due to his great fame and generosity to his country, his request to be buried in St. Paul's Cathedral was honored. In the present day, the majority of his work can be found in London, at either the Tate Gallery or the National Gallery.