Winslow Homer Oil Painting Reproductions
(American, Realist, American Art, 1836-1910)
“When you paint, try to put down exactly what you see. Whatever else you have to offer will come out anyway.” Winslow Homer 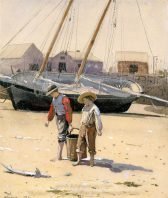 A Basket of Clams

A Huntsman and Dogs

A Light on the Sea

A Visit from the Old Mistress 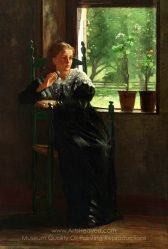 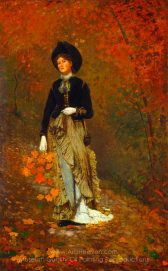 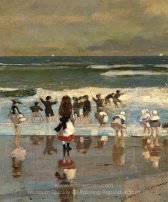 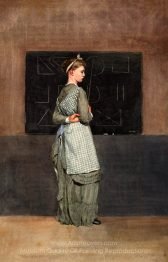 Bo-Peep, Girl with Shepherd’s Crook Seated by a Tree

Boys in a Dory

Boys in a Pasture

Breezing Up A Fair Wind 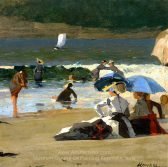 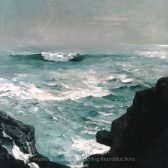 Children on the Beach 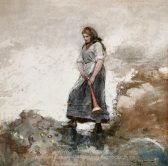 Daughter of the Coast Guard 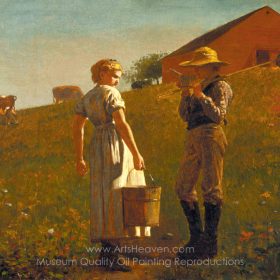 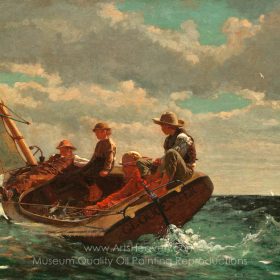 Breezing Up A Fair Wind 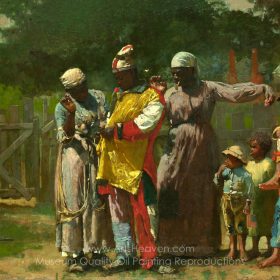 Dressing for the Carnival 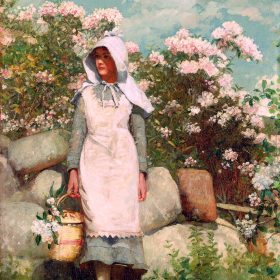 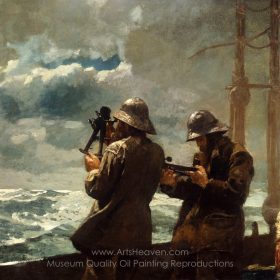 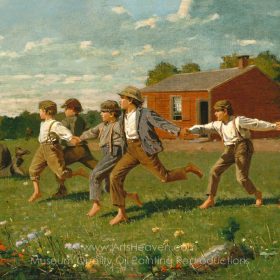 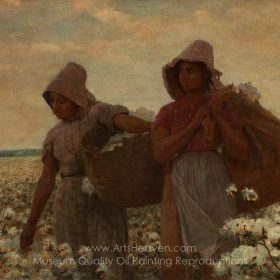 At the beginning of his career, Winslow Homer's paintings demonstrated his perception and feelings in such depth and maturity that make his work recognizable immediately. He had an objective realism that was emotionally controlled and accurate to nature. It has been said that Winslow Homer made an impression of his power with his first contribution and he wielded better colors, models, and a better pencil than those who contributed regularly before him. In his early years and through the 1870s, Winslow Homer painted idyllic or rural scenes of life on the farm, courting young adults, and playing children with pieces such as A Summer Night, Crossing the Pasture, and Haymaking. Winslow Homer's watercolors and paintings became his main focus by 1875 as he stopped working in commercial illustration.

While living in New York, Homer's paintings included landscape figures which reflected his time spent in France. While in England, Homer's painting was almost always created using watercolors. His art depicted scenes with harsher tones, and Winslow Homer's watercolors painted scenes of people in the landscape who were struggling heroes as in Lifeline and Saved. Winslow Homer became a recluse after 1884 but his interpretations of sea life using watercolor were powerful and dramatic and have yet to be surpassed. Winslow Homer's watercolors will forever be unique when it comes to American art.

Winslow Homer enjoyed his isolation and let silence and privacy be his inspiration to create his great works of art. Timeless nature, struggles of people against the ocean, relationships of the fragile, and human life in transient form. The seascape artwork he created in his later life concentrated on the drama, force, and beauty of the ocean itself. Dynamically composed and richly textured, the seascapes of Winslow Homer capture the feel and look of receding and onrushing waters. These works of art are the most admired of Homer's art and remain so still today. Arts Heaven provides a way for you to purchase Winslow Homer paintings and appreciate the depth of the feeling, the hint of abstraction, and his virtuoso brushwork incorporated in each piece.