Apelles Painting Campaspe in the Presence of Alexander the Great 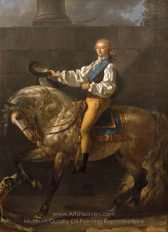 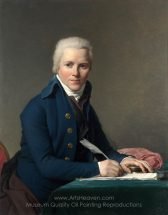 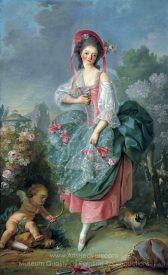 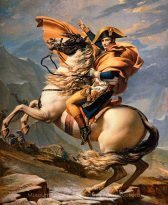 Napoleon at the St. Bernard Pass (Napoleon Crossing the Alps) 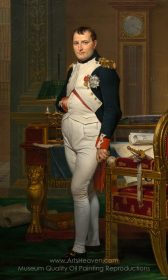 Napoleon in His Study 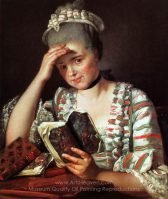 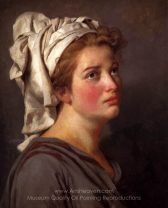 Portrait of a Young Woman in a Turban 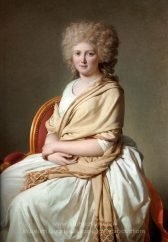 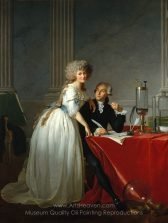 Portrait of Antoine-Laurent and Marie-Anne Lavoisier 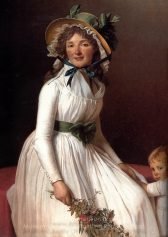 Portrait of Emilie Seriziat and Her Son 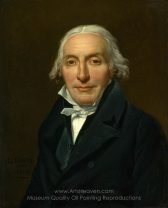 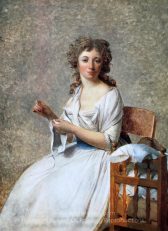 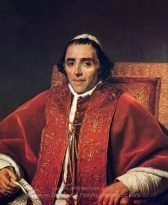 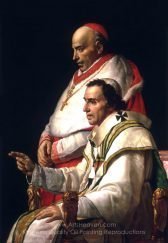 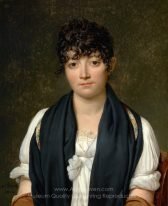 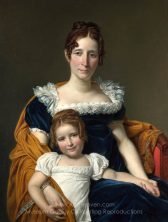 Portrait of the Comtesse Vilain XIIII and Her Daughter

Portrait of the Sisters Zenaide and Charlotte Bonaparte 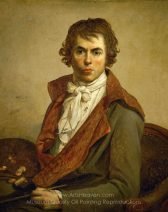 The Anger of Achilles 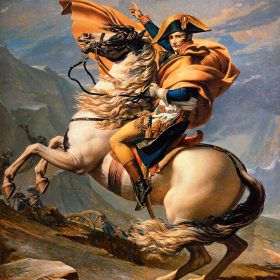 Napoleon at the St. Bernard Pass (Napoleon Crossing the Alps)

The Death of Marat 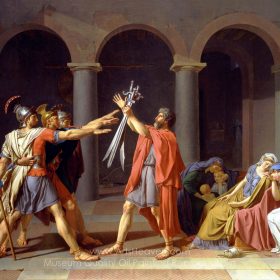 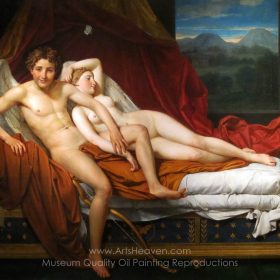 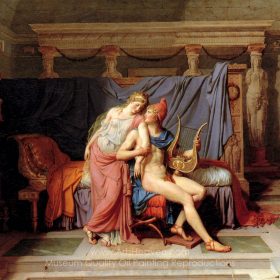 The Courtship of Paris and Helen

The life of influential French painter Jacques-Louis David was punctuated by chaos; events quickly turned from tragedy to fortune, providing him with opportunities and taxing them almost simultaneously. This turbulence was paralleled by the times he lived in and reflected in his work.

Born in 1748, Jacques-Louis David suffered the death of his father and abandonment by his mother at an early age. He was sent to live with the uncles who would provide the education that enabled him to become an accomplished artist. Although they initially wished him to become an architect, in the first of many unpopular acts of rebellion, David disregarded their desires and followed his inclination to paint.

Jacques-Louis David studied the masters, traveling to Rome to study for an extended period of time. The first Jacques-Louis David paintings were influenced by his time there, with strong elements of classicism. Although he was opposed by students and professors alike during his time at the French Academy, David found support from the King himself and was awarded a coveted tenancy at the Louvre Museum.

Shortly following, he returned to Rome where he created the first of his famous paintings -- Oath of the Horatii, in 1874. On his return to France, Jacques-Louis David continued to be dogged by the politics at the French Academy, denied a position he desired. The next of his well-known artworks, The Lictors Bring to Brutus the Bodies of His Sons, was a piece with strong republican symbolism.

At the onset of the Revolution, David aligned himself with the royalists, beginning work on state-funded commissions intended to document the quickly-unfolding events of the time. As fate would have it, he was unable to complete these works. By the time the death of the King was ordered, Jacques-Louis David found himself in favor of the execution.

In the violence and chaos that ensued, David's own friend was assassinated. His resulting 1793 work, The Death of Marat, is arguably one of his most famous paintings. This highly politicized work has also been described by art historians as the first modernist painting. During the dark times that followed, David took an active part in the Reign of Terror. After Robespierre was guillotined, David himself was imprisoned. While he was held, he continued his craft, developing works such as The Intervention of the Sabine Women (1799). This piece marked David's transition to the "Grecian" style, his imminent release from prison, and his ill-fated introduction to Napoleon Bonaparte.

When power again shifted, David's many associations as a revolutionary led to his self-imposed exile to Brussels. Here, the last of the Jacques-Louis David paintings were produced. He died in 1825, after an accident with a carriage; his body was interred in Brussels--but his heart was buried, and remains, in France.

Although he was (and sometimes continues to be) highly criticized, maligned, and misunderstood, Jacques-Louis David's work remains integral to the development of modern French and European art.