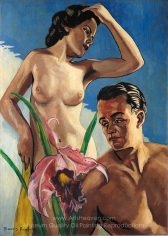 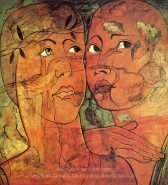 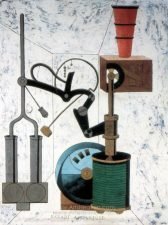 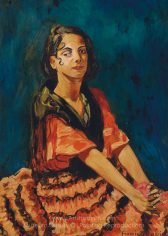 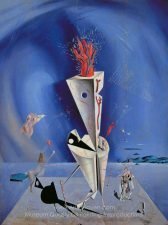 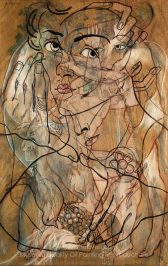 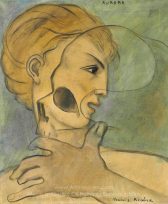 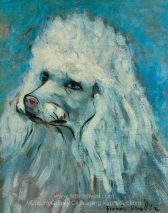 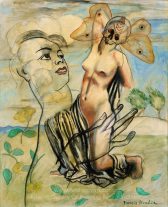 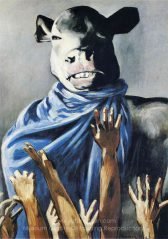 Christ of St. John of the Cross 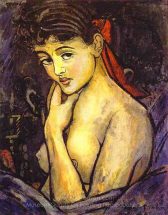 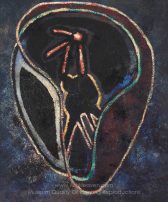 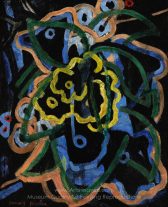 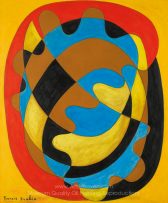 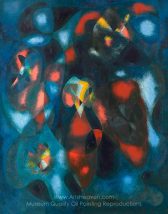 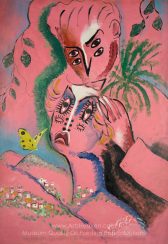 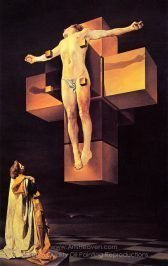 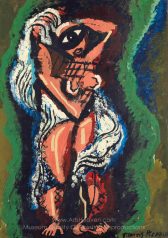 Surrealism had its origins in Paris during the early 20th century, at the time the undisputed center of the art world, and was at first a literary movement, although painting and other visual art forms soon followed. Although Surrealism, as a defined movement wasn’t founded until the 1920s, elements, and themes of Surrealism, can be found in earlier paintings from different eras.

Although most people are familiar with some of the better-known paintings, the movement was not just confined to painting – perhaps more than any other art movement, it lent itself to other mediums such as films, books, and photography. Surrealism as a defined movement continued into the 1960s; today it is still popular and has produced some of the most striking images in art.

Surrealist paintings are characterized by incongruity, elements that just don’t belong together or are out of place, or are juxtaposed in an unnatural manner. Many surrealist paintings have dreamlike or nightmarish qualities and can be quite disturbing. On the other hand, some paintings are humorous and light in tone or are visually clever or deliberately puzzling or ambiguous. Some feature clever optical illusions, in which an object can be seen as two different things.

If Surrealism has a beginning, it can be said to have begun in 1924, when the French writer Andre Breton published his now-famous Surrealist Manifesto, although the term Surrealism had been coined several years before by the poet Apollinaire. In keeping with the new way of thinking, the book emphasized the importance of spontaneous thought, as opposed to analytical reasoning. The first organized exhibition of Surrealist paintings was held in Paris in 1925 and some of the later exhibitions themselves became works of art – a 1938 exhibition featured dead leaves on the floor and bags of coal hanging from the ceiling.

The Surrealists also had their roots in Dadaism, an art movement that originated in Switzerland during World War I and attempted to be anti-art, by rejecting the established artistic standards of the time. Surrealism was not as obviously political in its themes and ideas as Dadaism. The Surrealist painters were also heavily influenced by the Austrian psychoanalyst Sigmund Freud, whose insights into the subconscious mind and work on dreams were considered significant.

Surrealism also developed in Brussels at about the same time and many Belgian artists came to Paris; the Paris group at one time included Ernst, Man Ray, Magritte, de Chirico, Miro, and Giacometti. The Surrealist movement spread all over Europe and the UK as well as the United States; the first American exhibition being mounted in 1931. Some other influential artists of the time were perhaps wrongly labeled as being Surrealists, including Klee and Chagall.

The two most famous Surrealists were Rene Magritte and Salvador Dali. Just about everybody is familiar with Dali’s clever imagery; in particular his famous painting ‘The Persistence of Memory' with its melting watches. Magritte’s work is almost as well known and is characterized by objects which are completely out of place – a rock floating in the air, a huge apple in the center of a room.

It is difficult to underestimate the importance and appeal of Surrealism. Along with Impressionism, it is one of the most popular and enduring art movements. Its ideas have influenced advertising, video, and literature and have helped to influence the way that we think and feel.