The National Maritime Museum is a maritime museum in Greenwich, London. The historic buildings form part of the Maritime Greenwich World Heritage Site, and it also incorporates the Royal Observatory and 17th-century Queen’s House. Read more …

A Barque Running Before a Gale

A Battle of the First Dutch War

A Cascade in the Tuaruru Valley, Tahiti 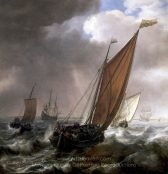 A Dutch Ferry Boat Before a Breeze

A Dutch Man-Of-War and Various Vessels in a Breeze

A Fishing Boat in Rough Sea Off a Rocky Shore

A Fishing Boat with Sail Lowered Near the Shore

A Fleet of East Indiamen at Sea

A Frigate and Other Vessels in Barn Pool Off Plymouth 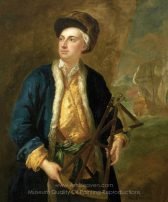 A Merchant Captain with Elton’s Quadrant

A North Sea Breeze on the Dutch Coast

A Racing Cutter of the Royal Yacht Squadron

A Scene in the Andes, Chile

A Ship Wrecked Off a Rocky Coast

A Squally Day in a Dutch Estuary

A View of the Island of New Caledonia in the South 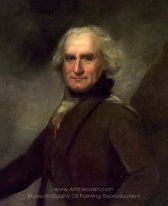 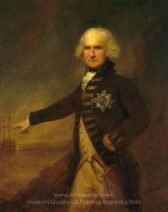 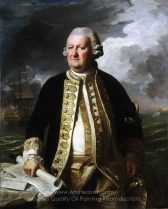 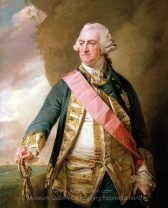 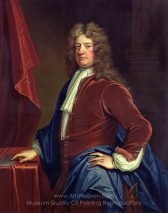 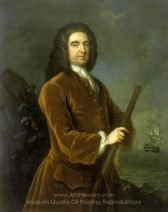 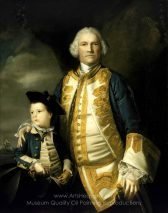 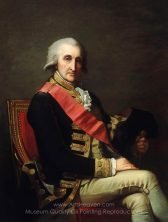 The National Maritime Museum in Greenwich, London is thought to be the largest of its kind, playing home to an incredible collection of maritime paintings. Greenwich has always been closely associated with the sea, serving as a landing ground for the Romans, home to Henry VIII as well as an early incarnation of the modern Navy, and hosting the Royal Observatory, founded by Charles II.

The National Maritime Museum hosts the world's largest maritime historical reference library and a wealth of great history, but the real attraction is, of course, the tremendous collection of maritime & marine paintings.

One of the greatest pieces on display is The Bretagne, painted in 1859 by the tremendously skilled maritime painter Jules Achille Noel. The piece inspires even the most casual lover of the sea with a sense of awe as the titular ship towers over nearby sailboats and rowboats, dwarfed by the Bretagne's tremendous presence.

The Bretagne was a legendary French battleship, a 130 gun three-decker owned by the French Navy and fitted with a powerful steam engine, though fitted as a standard sailing ship. The boat was eventually renamed the Ville de Bourdeaux in 1880 and was sadly scrapped that same year. Not much information exists on Noel, who is perhaps most well known for this painting.

The legendary Nathaniel Dance has a variety of pieces on display at the museum, including his iconic portrait of Captain James Cook, portraying the famed captain at work around 1775. If he's not already, it's very likely that Nathaniel Dance-Holland will become a favorite painter of yours after your visit.

Outside of paintings of ships, captains, and battles at sea, the museum also hosts pieces like The Great Comet of 1843, painted by noted astronomer Charles Piazza Smyth. This painting was intended to portray the overwhelming brightness and seemingly endless tail of the comet, inspiring as much a sense of wonder as The Bretagne inspires awe.

The museum is also host to a controversial collection of looted art, considered "war trophies" by the museum and taken under the law of the Potsdam Conference. It's perhaps not surprising that a museum dedicated to the country's military and naval history would feature some pieces taken as spoils of war. Controversial, perhaps, but every looted piece carries an important piece of history. The museum's major donor, Sir James Caird, has an award named after him, the Caird Medal, that the museum awards once a year.

If you're looking for a gripping tour through European naval history, a look at some truly astounding oil paintings or just a good way to kill an afternoon while in London, you would be a fool to pass up an opportunity to visit arguably the largest, and inarguably one of the greatest maritime museums in the world. With a rich gallery of fine art, a collection of historical oddities and a rich history all its own, the National Maritime Museum in Greenwich is all a sea lover could ask for of an art museum.